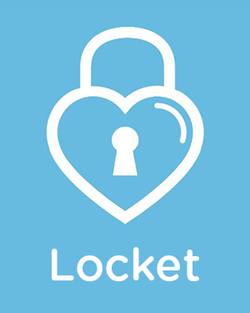 Press Kit
locketme.com
About
Images
Logos
Links
Press coverage
Contact
People
Address
About
Images
Logos
Links
Press coverage
Contact
People
Address
All I wanted to do was call. Or text. Or email. It had been nearly a year since he broke things off and I’d moved over 5000 miles away from London to Los Angeles. I went for months totally fine, thinking of him every now and again. But every now and again the thought would stick around and the urge to contact him and ask him those unanswered questions got stronger. By June I’d caved in and there I was in tears typing out an email. I never got a response.

On the other side of the wall my roommate would curl up in bed most nights clutching her phone and in the darkness she’d open up her notes and begin typing away. She too had many things to say to the man who still captured her heart. Unlike me, she never sent them, but some nights she got desperately close to.

A few days later in the early morning hours I had an epiphany — one of those ‘eureka’ moments. I am going to design, make and build an app that allows us to send ‘those’ messages to that past love, current love, ex best friend or passed loved one. It’s simple. You create the contact (without their real phone number) but with their name and their picture and ‘voila’ — you begin to message. That way we can say whatever we want, to whoever we want, whenever we want. We get the satisfaction from sending that message and the nice part is we can’t re-read it. Once it’s sent its gone into the ether. And we can sigh in relief.